This work is a reexamination of organized outdoor activities, exploring relationships people have with the natural environment. I am interested in the thin membranes of safety which lie between the natural world and organized modern life. Often humorous and culminating in installation or video, this work combines recycled materials, fabrics, live plants, painting, sculpture and printmaking. I often re-create biological environments and the tools associated with them, like giant friendship bracelets or camping tools without function. These awkward works nudge at nostalgia of time spent in nature.

Here are some more things I’m working on… more to come as well of course.
Just trying to update you as much as I can before the hecticness of my last grad school term begins.

Though I am working with a team of CCNY people (at CCNY) this week to print an edition of etching and woodcuts for awesome artist Nicola Lopez! So I’m up at City anyhow (and not just working in my beautiful tarp covered studio), so it feels kind of like I’ve already started the term.

Well, I will post again before the week is through, as I’m nearly living at the school already, so will make some good stuff to show you ASAP! 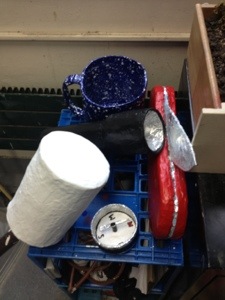 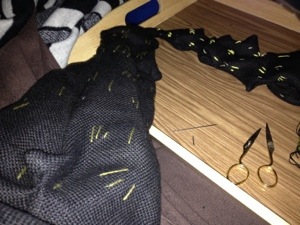 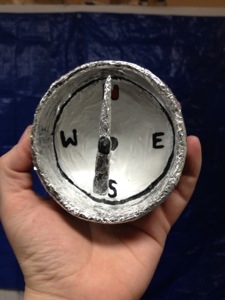 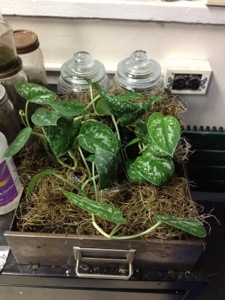 Um, so I’m moving my studio from CCNY’s Shepard Hall to Compton-Goethals Hall. Across Convent Avenue, into the heart of the old schools small art department. Very different feelings in the different spaces. Before I finish moving over I wanted to post a few pictures of Shepard.

I really will miss it, but I am excited to move as well. I’m moving into a huge divided up room, so it will have more of a community feeling. My studio will be about the same size. Shepard Hall was a little lonely, and I have enough of that already, so it was time for a change. I’ll still be a lone wolf, just in a new way. Though, if you know me you’ll remember my years in faux co-op studios. I do well with community, it’s what I like.

From these pictures you’ll see, the building is just gorgeous. My studio was a little haunted, but not in a bad way. I will miss the skylight and the green tiles. It was like working in a turret. I’ll post pictures of my new space soon. It is awesome in a different way. Very exciting. 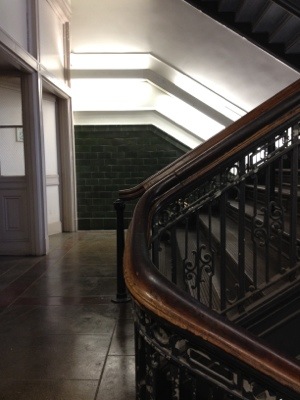 holy cats, the launch pad gallery is closing after like 6 years of rewarding and hard work promoting artists. it’s a sad time, but also a good time for the gallery’s amazing crew. they have worked tirelessly (and mostly as volunteers) for so many years to benefit the world of contemporary art, in portland and around the country. cheers to the launch pad!

i have a small piece in the very last group show at the gallery. it’s an ink, acrylic and graphite drawing titled “coming in”. see the picture below… but in a nutshell it’s about the tide.

if you are in or near portland oregon, please go see this amazing show. there are 100 pieces, from 100 broad ranging talented artists. here is a radio interview with ben pink, about it all, airing this tuesday on kboo – http://kboo.fm/node/36854!

my little drawing is part of the problem solving process for a new film i’m working on. the film is about the ocean, and is primarily done with stop motion (hey that rhymes)… so far there are fabric and drawing elements, but it will of course be much more complex than that – it’s me, and i love the complicated bits. oh the time consuming fun i’m having so far. (that means i won’t be done for a while, but i will post it as soon as it’s done.)

thank you for your continued support!
love!
katie

ps don’t forget to check out the google view of the launch pad to see some good pictures of my 2010 show, emergence! so glad the google people went to lpg when they did, i love these pictures. 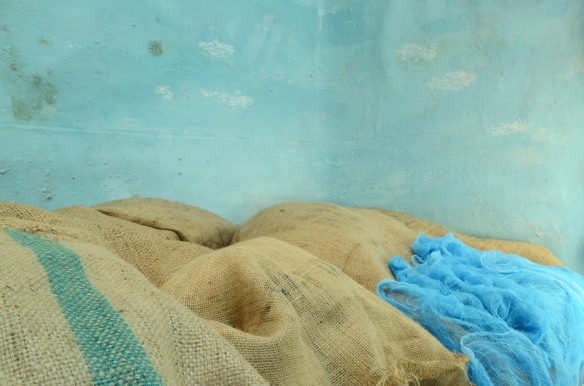 rough draft for a scene from my new film. 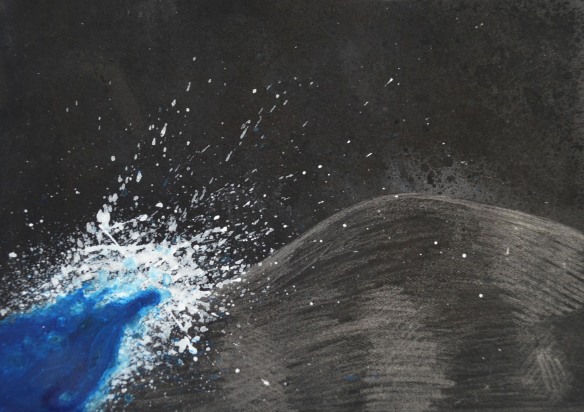 this small drawing is worth an upclose view at the second to last launch pad gallery show, in portland oregon, in july of 2012! it’s got the same name as the new film so far, ‘coming in’, and is about the tide… coming in. 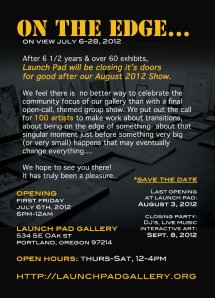